The west line started production in June 2021; The east line fired up in July 2022. The only difference is an improved vacuum unloader on the east side. “The boards are in a better position to be picked up by the vacuum due to tighter containment of the inbound unit,” Designer Steve Ankrum said.

“We dialed in the east line a lot quicker than the west line because we knew what to expect,” Madras Plant 1 Manager Homero Lopez said. “We have increased our output by 20,000 lineal feet per shift with the new USNR scanners.”

Bright Wood built its first optimizing plant – Madras Plant 11 – in 1991. We used a different strategy when we did it again 30 years later.

“The big difference between Plant 11 and Plant 1 is lumber infeed,” Dallas Stovall, CEO/President, said. “Plant 11 rips the boards into 8 to 10 separate widths, scans them, cross cuts, and then sends them down a maze of conveyors for sorting.”

Plant 1’s linear process is much simpler: scan and cut. “The most obvious difference is Plant 1 doesn’t rip its own lumber,” Dallas said. “Instead, Plant 4 rips and pulls each width separately so Plant 1 can cut one width at a time.” Cutting only one rip shortens changeovers, reduces waste, and increases throughput.

Bright Wood’s other cut plants are working less overtime thanks to Plant 1’s gains. “The Plant 1 model is proving to be a big benefit over the Plant 11 model,” Dallas said.

Plant 1’s headcount is now at 38. “We added ten people on each shift,” Homero said. “Fifty percent of those were new hires, and the other half were transfers from Plant 4.” Plant 4 mothballed its manual south-end cutline after Plant 1’s east line started since Plant 4’s rip saw does not have enough capacity to feed four cutlines at once.

“Plant 1 is a big asset to Bright Wood because of its abilities,” Luis said. “It has already exceeded expectations.” 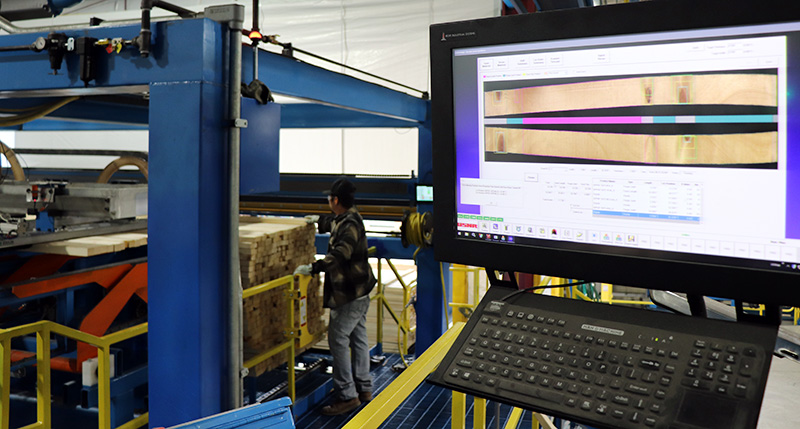 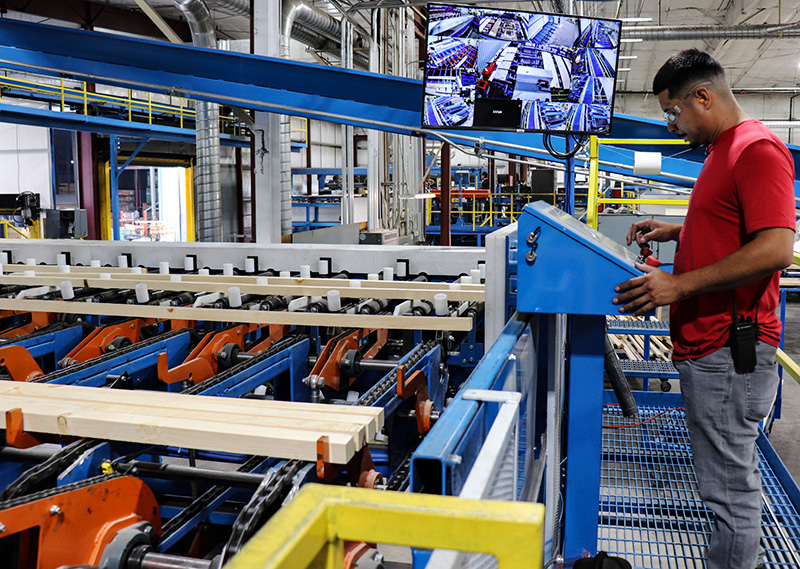 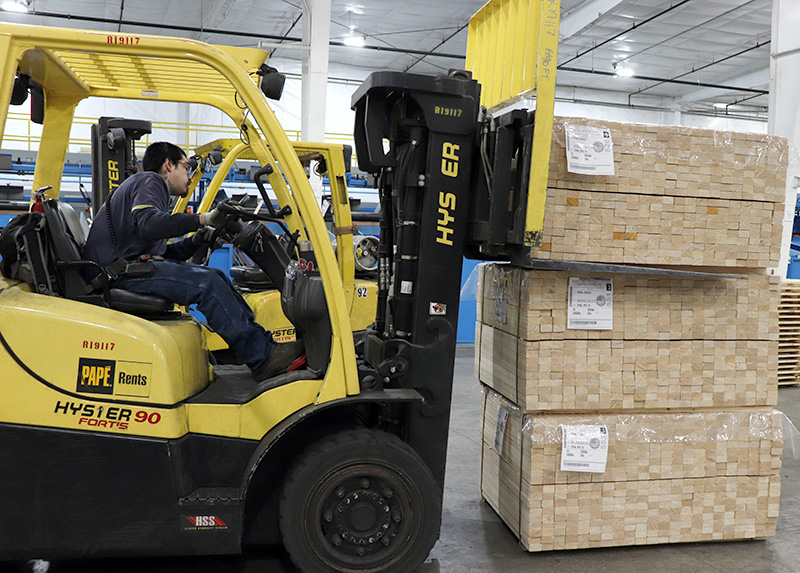