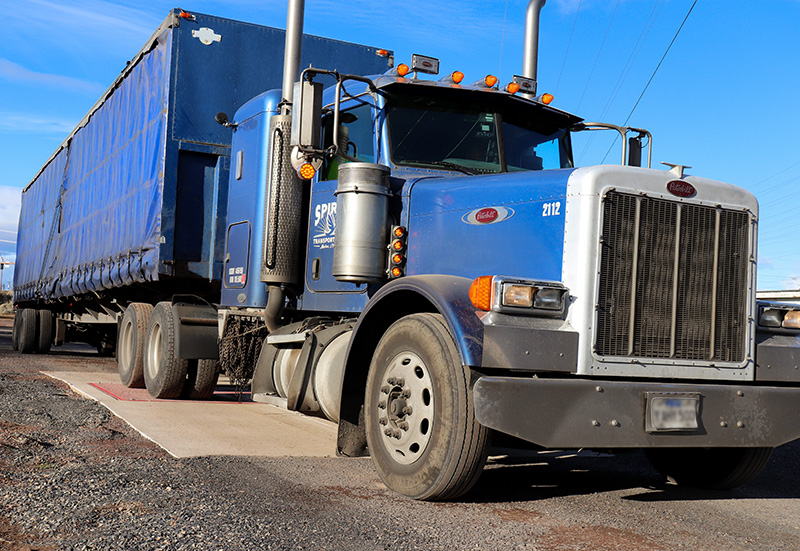 [February 4, 2022] Redmond now has an on-site scale for weighing outbound trucks. “The scale allows us to give a far better service to our customers, the truckers,” Mike Gates, Redmond Shipping Manager, said.

The Redmond site used to borrow a neighboring business’s scale two miles away. “We could only use their scale when they were open, and it was available,” Redmond Site Manager Stan Webb said. “Many trucks pick up late in the afternoon when Bar Seven A wasn’t open.”

Each trip to Bar Seven A’s scale took at least 20 minutes of Mike’s time, more if the load needed to be driven back to Bright Wood and adjusted before being weighed again.

“We use our new scale six or seven times per day,” Mike said. “One of the biggest reasons we got the scale was to weigh the shuttles [that travel between the Redmond and Madras sites] four times a day.”

“You have to consider the different densities of wood and materials on each trailer,” Karl Neumann, Shipping Driver, said. “The new scale helps us dial that in to get as much wood as possible on the trailers without going over.”

Back to Blog
Scroll To Top