Plant 11 was such a success Bright Wood was nominated for a Computerworld Smithsonian Award (CWSA) in the “Environment, Energy, and Agriculture” category in 1996 and 1997 by Ben Rosen, the Chairman of the Board of Compaq Computers.

The CWSAs were established in 1989 as a partnership between Computerworld Magazine and the Smithsonian Institution to honor the individuals and organizations “whose visionary use of information technology produced positive social, economic, and educational change.”

The case study Bright Wood created for the awards process is stored in the Smithsonian Institute’s permanent research collection. That document records Bright Wood’s technological achievements in the 1990s, but there is much more to this story.

Bright Wood began cutting lumber in 1960. On a manual cutline, cutters quickly evaluate the front and back of each board. They are looking for characteristics (such as knots and blue stain) that change the grade of the wood. They cut the board with two goals: 1) recovering the highest-grade cuts (i.e., long clear lengths are worth more than short blocks or medium lengths with knots) and 2) meeting the day’s orders.

Bright Wood pulled a team of experienced cutters from its four manual cut plants to train as “markers” in the new optimizing cut plant. The markers reviewed each board just like before, but instead of cutting it, they drew lines on the board wherever the grade changed and dictated the grade name into a microphone. Due to the noisy environment, Bright Wood used voice technology developed for jet pilots to pick up the sound from the markers’ throats rather than their mouths.

“We used a Lucidyne grade mark reader, a sawmill technology that allowed a person to grade lumber and a computer to tally it,” Kevin Stovall, Vice President, said. “Because a grade mark reader could distinguish colors, each marker was assigned a specific color so the computer would know which marked board to pull from the database.”

“In about 1996, Ultimizer upgraded their software to 15 grades,” Kevin said. “This improved our ability to optimize the wood more fully.”

Six computer-controlled Ultimizer saws cut the boards, and an elaborate sorting system delivered each piece to its designated location.

Bright Wood built Plant 11 expecting that technology would one day catch up with what we wanted to do. That day came in 2006 when we replaced the markers’ voice commands and crayon marks with vision scanning.

“The vision scanners eliminated the 15-grade limit,” Kevin said. “Now we were able to have a nearly unlimited number of grades.”

“The vision system improved on marking by 1) identifying more defects and 2) allowing defects to be placed in multiple grades,” Kevin said. “It was also more accurate in seeing the exact position of defects. But there were some defects that the scanners could not see as well as the markers, and we saw an uptick in certain types of cutbacks. Overall though, recoveries did improve.”

It took the system just 20 to 25 seconds after scanning a board to arrive at the best cutting solution.

Six markers remained in Plant 11 to retrain as scanner monitors, while the rest transferred to other plants where their skills were needed.

The new scanners come with Artificial Intelligence (AI) deep-learning software. “USNR is not new to the scanner business, but they made a big jump in using artificial intelligence to recognize defects,” Plant 11 Manager Rogelio Pacheco said. “The long-term potential of these scanners could be unlimited.”

Plant 11’s cutbacks declined 20 to 30 percent soon after switching to the USNR scanners. One reason is the USNR scanners are better at recognizing cross grain when no knots are present; their predecessors would have missed the cross grain and read the board as four sides good.

“We are seeing steady improvements as we teach –- and the scanner learns – additional defects and how to focus in more detail on existing defects,” Tony said.

Plant 11 also upgraded the six high-speed Ultimizer cut-off saws downstream from the scanners. “The new saws are about 30 percent faster than our old saws,” Rogelio said. “They cut more accurately at +/- 1/32” instead of the +/- 1/16” our old ones could do.”

The scanners and the saws share a 600 feet per minute run rate. Bright Wood’s Support Services teams replaced both systems’ infeeds and outfeeds to accommodate the faster speeds.

Who knows what Bright Wood’s first optimizing cut plant will look like in 20 years? The only certainty is that our company will use the best technologies and systems available to get the most value out of every board. 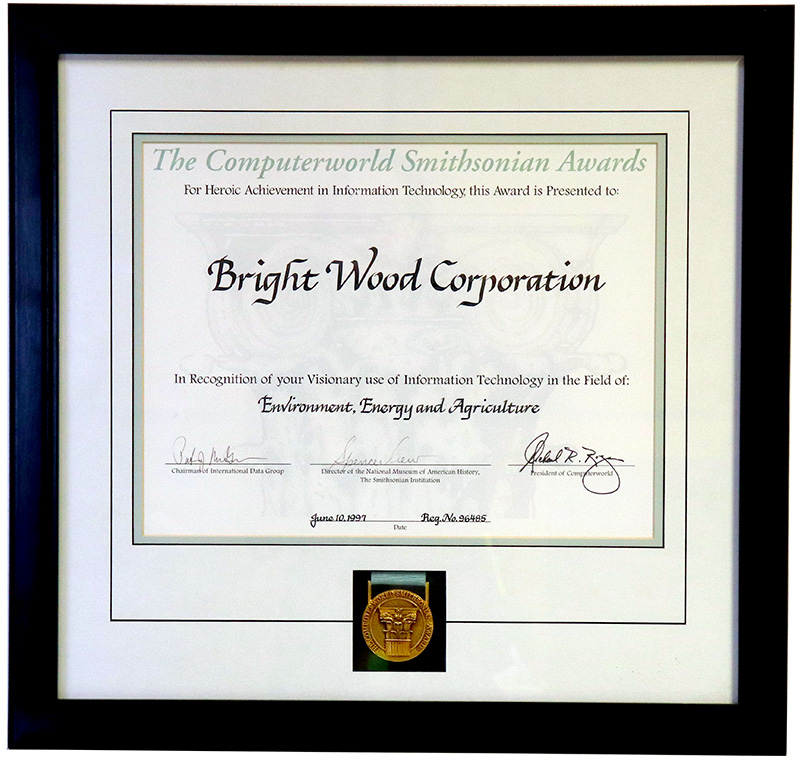 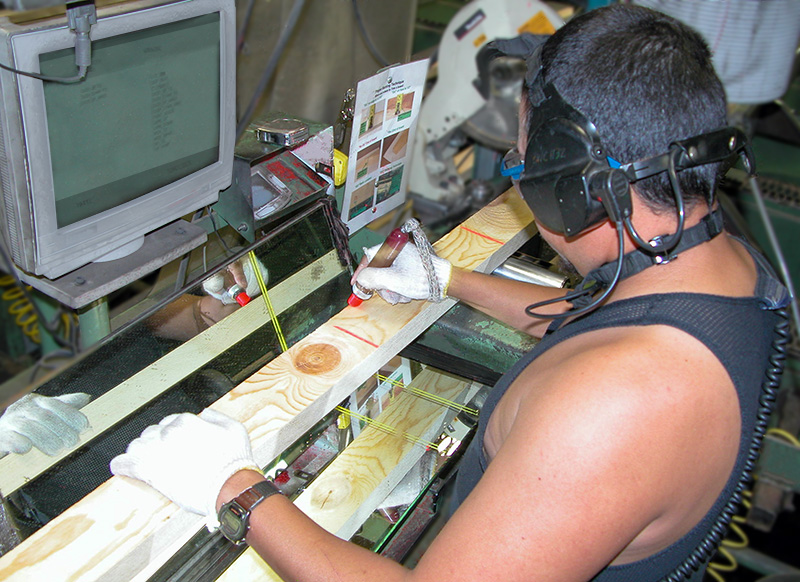 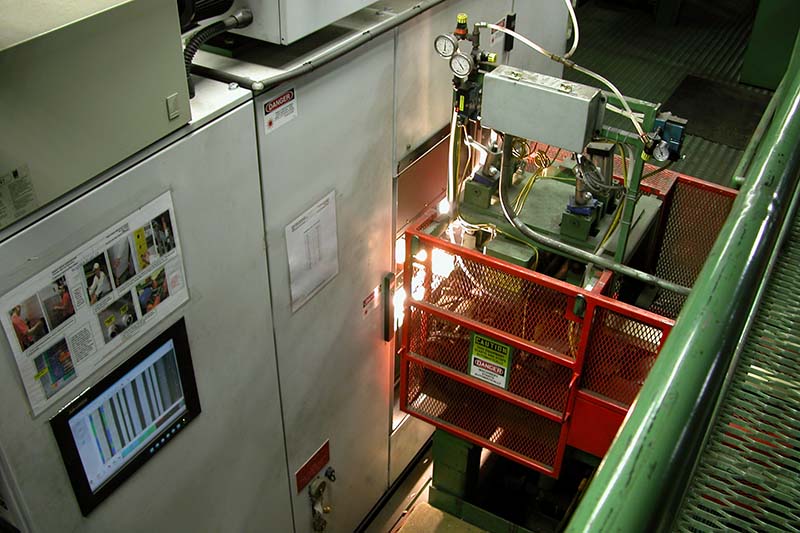 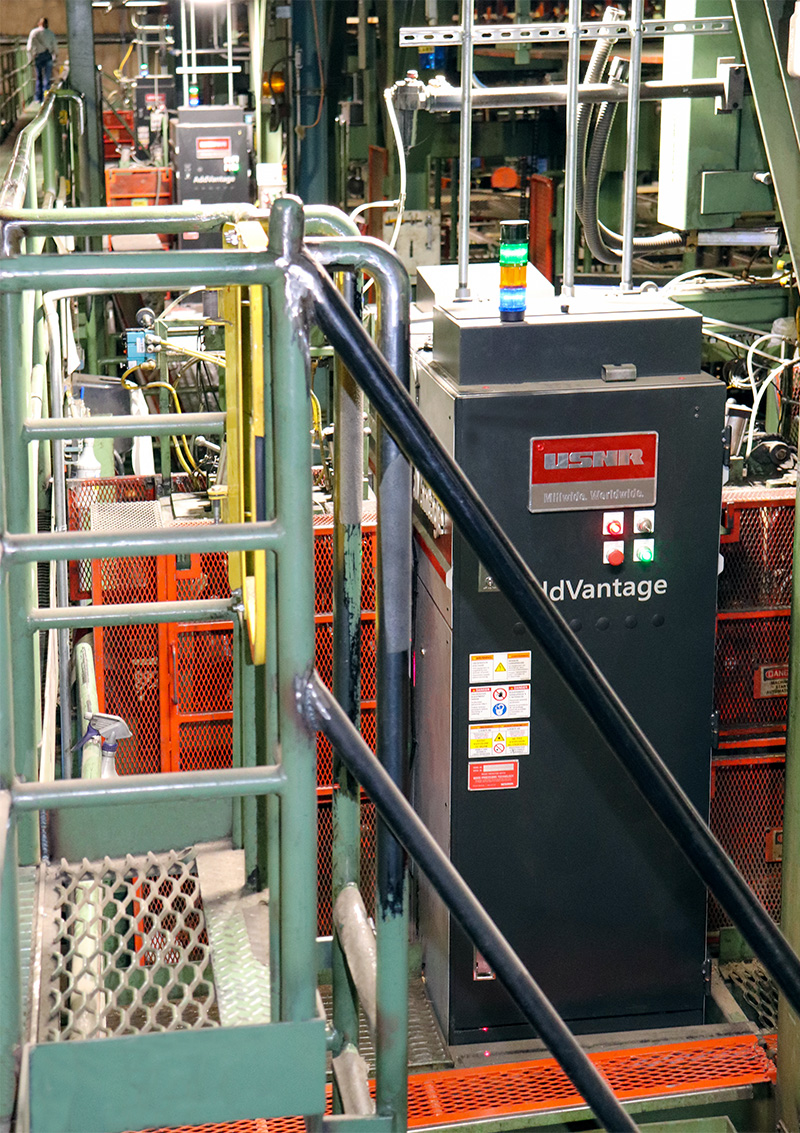 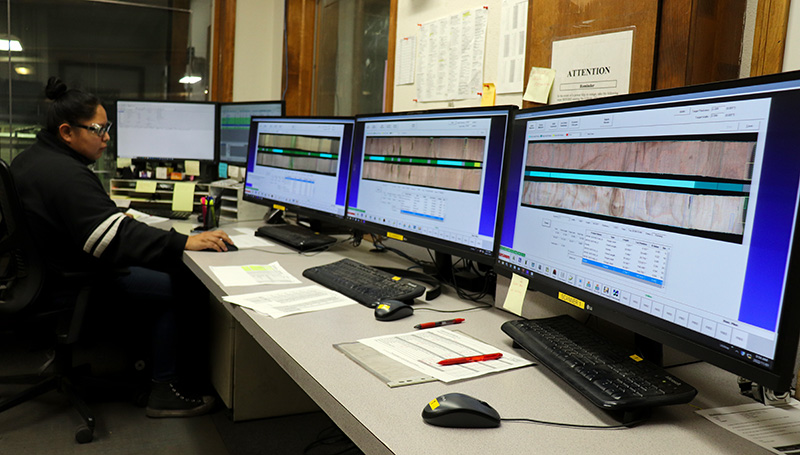